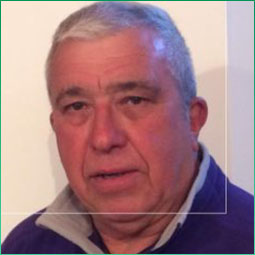 He officially retired from the School of Medicine, University of California, San Francisco in January, 2014.  He previously retired from the San Francisco Veterans Affairs Medicine Center in July, 2009. During the past 25 years prior to retirement from UCSF, he assumed greater responsibility in the medical school curriculum, including serving as the Co-Director of the Prologue Block and as the Discipline Director for histology throughout the Essential Core Curriculum. This includes responsibilities for editing lecture/laboratory presentations in all of the blocks and supervising the histology teaching faculty and staff.  He also served on the IACUC and the Committee on Academic  Personnel, both of which require a significant commitment.  At the SFVAMC, he assumed the directorship of the  Animal Research Facility (ARF) and its caretakers, supervisors and ancillary staff in addition to continuing to maintain my research laboratory. He directed major infrastructure improvements, including an effort to construct a new vivarium. He retired from the Department of Veterans Affairs in 2009, but he retained my UCSF faculty appointment and my administrative, committee and teaching commitments until 2014. He continues to serve as a voluntary consultant for medical school basic science curricula both nationally and internationally.  In addition, he serve as the editor-in-chief and as a member of the editorial boards of several research journals dedicated to the study of aging.