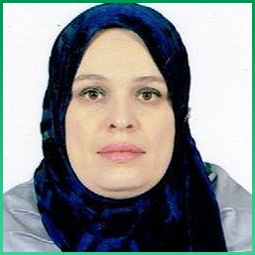 Title: Prevalence and clonal relationship of ESBLproducing Salmonella strains from humans and poultry in northeastern Algeria

The aims of this study were to investigate Salmonella contamination in broiler chicken farms and slaughterhouses, to assess the antibiotic resistance profile in avian and human Salmonella isolates, and to evaluate the relationship between avian and human Extended Spectrum ?-Lactamase (ESBL)-producing isolates. Salmonella was screened in different sample matrices collected at thirty-two chicken farms and five slaughterhouses. The human isolates were recovered from clinical specimens. All suspected colonies were confirmed by MALDI-TOF and serotyped. Susceptibility testing against 13 antibiotics including, amoxicillin/clavulanic acid, ticarcillin, cefoxitin, cefotaxime, aztreonam, imipenem, ertapenem, gentamicin, amikacin, ciprofloxacin, colistin, trimethoprim/sulfamethoxazole and fosfomycin, was performed using the disk diffusion method on Mueller-Hinton agar. ESBL-production was screened by the double-disk synergy test and confirmed by molecular characterization using PCR amplification and sequencing of ESBL encoding genes. Clonality of the avian and human strains was performed using MLST.
Forty-five isolated avian Salmonella strains and 37 human collected ones were studied. Five S. enterica serotypes were found in avian isolates (mainly Kentucky) and 9 from human ones (essentially Infantis). 51.11% and 26.6% of the avian isolates were resistant to ciprofloxacin and cefotaxime, respectively, whereas human isolates were less resistant to these antibiotics (13.5% to ciprofloxacin and 16.2% to cefotaxime). Eighteen (12 avian and 6 human) strains were found to produce ESBLs, which were identified as blaCTX-M-1 (n = 12), blaCTX-M-15 (n = 5) and blaTEM group (n = 8). Interestingly, seven of the ESBL-producing strains (5 avian and 2 human) were of the same ST (ST15) and clustered together, suggesting a common origin
The results of the combined phenotypic and genotypic analysis found in this study suggest a close relationship between human and avian strains and support the hypothesis that poultry production may play a role in the spread of multidrug-resistant Salmonella in the human community within the study region.

Djeffal Samia completed his PHD at the age of 38 years from Chadli Bendjedid Eltarf University of Algeria. She is an assistant professor at the Institute of veterinary Sciences University Constantine1.
1st- year embryology teacher, veterinarian doctor, a research fellow at the animal health and production management laboratory (GSPA)