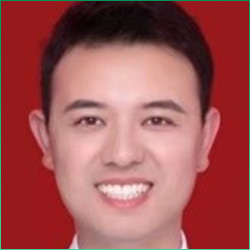 A Gastric cancer remained the fifth most common cancer. Total laparoscopic total gastrectomy (TLTG) for gastric cancer, especially with overlap esophagojejunostomy, has been verified that it has advantages of minimally invasion and faster recovery. Inevitably, total gastrectomy results in the loss of the nutrient absorption function of the stomach, leading to postoperative malnutrition.
Additionally, early oral feeding (EOF), as part of enhanced recovery after surgery (ERAS), has shown beneficial clinical results after open gastrectomy. On the other hand, oral nutritional supplements (ONS), as a form of enteral nutrition, have attracted attention for its ability to reduce the incidence of postoperative complications.
Regrettably, there is few related research proving whether it is credible or safe to adopt EOF after TLTG (overlap esophagojejunostomy). We planned to recruit 200 patients who were eligible for TLTG (100 in each group) and randomly allocated into two different groups, including EOF group and delay oral feeding (DOF) group after TLTG (overlap esophagojejunostomy). Additionally, all groups were given ONS during the period oral feeding, in addition to standard diet (or instead of being part of a normal diet). Anastomotic leakage was recorded as the primary endpoints to ascertain the feasibility and safety of adopting EOF after TLTG (overlap esophagojejunostomy). This study is a prospective, multicenter, randomized controlled trial. We implemented EOF protocol to evaluate the feasibility and safety of adopting EOF after TLTG (overlap esophagojejunostomy), which provided additional evidence for the development of clinical nutrition guidelines.

I have completed my undergraduate studies at the age of 23 and received my Bachelor's degree from Fourth Military Medical University. After graduation, I worked in a primary health-care facility for 4 years. Now I am pursuing a Master's degree in Surgery at the First Affiliated Hospital of the Air Force Military Medical University in Xi'an, Shaanxi Province, China. My mentor is Professor Gang Ji and academic advisor is Professor Xiaohua Li from Xijing hospital. I have been involved in publishing 4 papers in reputable journals.