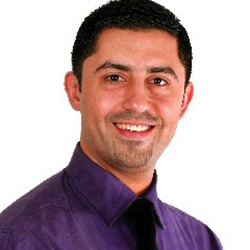 Objective: Sesame seeds, derived from Sesamum indicum, have traditionally been used for treating several inflammatory and metabolic conditions including various types of cancers. Our objective is to evaluate the potential immunomodulatory effects of an aqueous extract of S. indicum seeds with regard to splenocyte proliferation, Th1/Th2 balance, macrophage function, and NK cytotoxic activity. Methods: Splenocyte proliferation was measured by [3H]-thymidine incorporation. Griess assay was performed to evaluate the production of NO by macrophages. The level of cytokines secreted by splenocytes and macrophages were measured by ELISA. JAM assay was performed to examine NK cytotoxic activity against YAC-1 tumor cells. Results: S. indicum significantly enhanced splenocyte proliferation in a dose-dependent manner. S. indicum enhanced and suppressed the secretion of Th1 and Th2 cytokines, respectively, by splenocytes. The secretion of key pro-inflammatory mediators (IL-6, TNFa, and NO) by primary macrophages was significantly inhibited by S. indicum, indicative of its anti-inflammatory effects. Finally, S. indicum caused a significant enhancement of NK cytotoxic activity against YAC-1 tumor cells, suggesting that the documented anti-cancer effects of S. indicum may be attributed, at least in part, to its ability to boost NK cytotoxic activity. Conclusions: Our findings present S. indicum as a traditionally used oilseed crop with potent immunomodulatory, anti-inflammatory, and anti-cancer effects. We anticipate that constituents of S. indicum may be used as effective therapeutic agents in regulating immune reactions implicated in various infectious and non-infectious conditions including cancer.

Amin F. Majdalawieh has completed his PhD at the age of 28 years from Dalhousie University, Canada. He is the Head of the Department of Biology, Chemistry and Environmental Sciences at the American University of Sharjah, UAE. He has over 60 publications that have been cited over 2,300 times, and his publication h-index is 24. He has been serving as reviewer and an editorial board member of several reputed journals.